Outpatient Services include Laboratory, Radiology and Physical Therapy departments. The Laboratory offers a wide range of tests and is staffed by qualified personnel with degrees in Medical Laboratory Technology.

Muleshoe is licensed for 25 acute care beds, all of which may be used as “swing beds” or skilled nursing beds. As a result, the hospital can care for many inpatients with acute and chronic medical conditions such as heart attacks, congestive heart failure, pneumonia and influenza, chronic obstructive pulmonary disease, diabetes, etc.

Continue Your Recovery,
Close to Home

The Swing Bed Program at MAMC is for Medicare patients discharged from Muleshoe or any other hospital following an acute illness, injury or surgery, who still need time and physical therapy to heal and strengthen before going home. 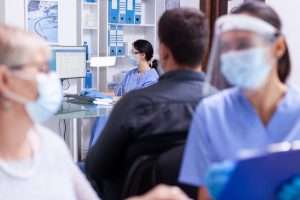 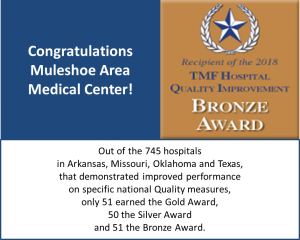 Of course, none of this would be possible without the physicians and mid-level providers who staff Medical Clinic of Muleshoe and Muleshoe Family Medicine Center, both Rural Health Clinics operated by the hospital.

Muleshoe Hospital owes its start to two physicians, Dr. L.T. (La Thagger) Green and Dr. M.F. Green, his brother, who built the Green Hospital and Clinic in Muleshoe in the late 1930’s, early 1940’s. The brothers were born in Proctor, Texas, in the 1900’s. Dr. L.T. Green graduated from the University of Texas Medical Branch, Galveston, in 1936.

Green Hospital and Clinic was later sold to another group of physicians who renamed it West Plains Hospital and Clinic. In 1984, the hospital was leased by West Plains to Westworld Community Healthcare Inc., a national company who operated as many as 38 hospitals in 15 states. Westworld closed the hospital after 22 months due to financial problems, and later filed for bankruptcy.

When the hospital closed, another physician — Bruce Purdy, MD — was instrumental in finding a way to reopen it.  He stayed when other physicians left, and even opened his clinic every evening for emergencies. He traveled back and forth to the hospital in Amherst where he provided care to the residents of Muleshoe, and delivered babies.

Dr. Purdy spent countless hours for no fees taking care of the elderly (even making house calls on some) to make sure during this time of crisis that people received care. With the help of many residents, he spent evenings painting, cleaning bathrooms, and repairing the hospital facilities to pass inspection and reopen.

The hospital was re-opened in 1987, with responsibility for operations assumed by the Muleshoe Area Hospital (MAH) District after it was formed in 1989.

The MAH District Board secured federal Critical Access Hospital designation for the hospital in 2007, helping to position the hospital well to survive in the increasingly complex health care environment.

In 2015, the MAHD Board of Directors leased the hospital to Preferred Hospital Leasing, Muleshoe, Inc., with management services provided by Preferred Management Corporation.  Based in Shawnee, Oklahoma, Preferred was established in 1987. The company currently operates 9 Critical Access Hospitals and 10 Rural Health Clinics in Texas and Oklahoma.

Preferred attributes its rural health care success to its belief that hospital management should be local, professional and beneficial to all concerned – serving and acting   in the best interest of patients, communities, medical and hospital staffs and boards of directors. 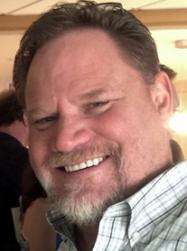 A Lubbock native, Dennis attended Texas Tech for a portion of his undergraduate experience, and continued with nursing school at the Levelland campus of South Plains College.  He obtained his Master of Arts at the Forbes School of Business, and is also a licensed nursing home administrator.

Morris started his career in New Mexico, when he graduated from the Clovis Community College Nursing Program in 2014.  Continuing his education, Morris earned his master’s degree in Nurse Administration and Leadership from Chamberlain University

The opportunity for Morris to work at Muleshoe Area Medical Center arose when he started to fill in on shifts as needed.  Morris says, “I thought it would be a great opportunity to gain some more experience and really ended up falling in love with the atmosphere at MAMC.  The small community atmosphere and the willingness of everyone to do what needs to be done to provide great patient care is amazing.”

Looking for Care Close to Home and Quality Services ?

Muleshoe Medical Center a hospital you can trust